Cottoncandy provides a platform that connects technology and people, not just a device to device. 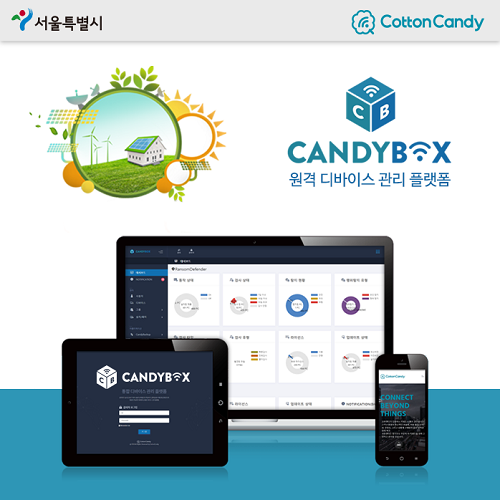 However, there is some problems in mini solar plant installed household. Households unable to check whether the power plant works properly or not, and unable to know the power generation efficiency.

CandyBox for IoT is a web-based IoT device monitoring platform. Each households can check the amount of power generated by the power plant installed in my house, and it is easy to request A/S through customer page. In addition, Seoul Corporation and Seoul Energy Corporation can monitor the status of power generation, so that they can check performance of entire business.